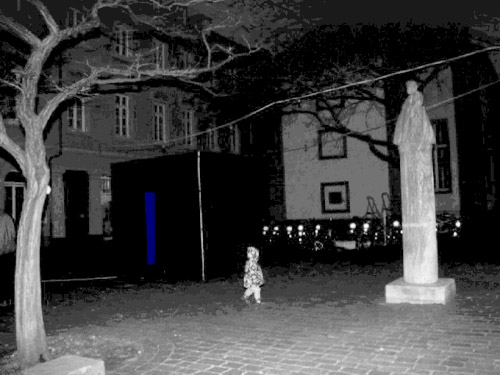 ... perhaps someday, the blue room will travel the world, temporarily occupying urban space, subsequently leaving that space behind again, but with a remembrance of something blue, connected to all the other blue spaces the room will have left behind ... 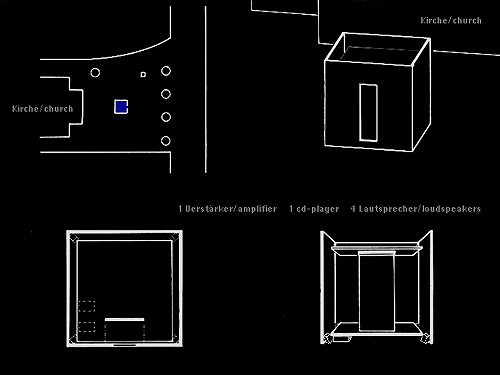 For one day, the blue room juxtaposes the church behind it, taking possession of the plaza, just as the sound of a church bell creates a sphere of influence within the city's space. 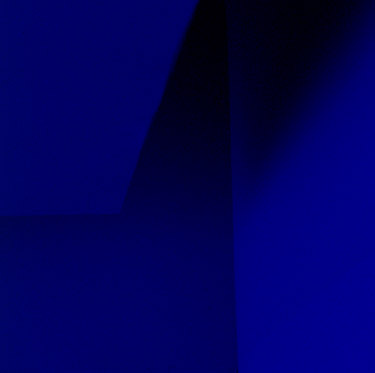 Inside it is entirely blue, daylight entering only between the ceiling and the walls. Four speakers transmit the sound of a sine wave, which by means of superimposition extinguishes itself in regular sequences.